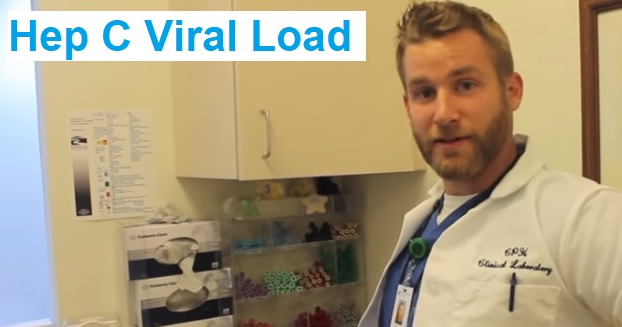 Dr. Pearlman: Hepatitis C HCV viral load is [the number of] viral particles floating in the blood. These are copies of the genetic material of the virus circulating through the body.  Do not forget about hepatitis C genotypes read more.Hep C viral load

Dr. Anania: Viral load is based on technology that lets us measure extremely small quantities of hepatitis C virus RNA, the building block of the virus.

Can I Be Positive for Hepatitis C if I Don’t Have any Measurable Viral Load?

Dr. Pearlman: Being “hepatitis C positive” means you have anti-HCV antibodies in your blood. Having HCV antibodies just means you’ve been exposed to the hepatitis C virus. You can certainly be antibody positive and not have any measurable viral load. One lucky thing this might mean is that you are one of the nearly 20% of people who naturally clear the virus from their bodies.

The other possibility is that the virus, during the time blood is drawn, was only temporarily undetectable. HCV viral load in the blood goes up and down, and the test might have caught it on a downswing. So before we tell someone they are negative, we ask them to have the test repeated.

Dr. Anania: After hepatitis C treatment, people still have antibodies to HCV. But if they have no detectable HCV viral load, that indicates recovery from infection — that is, response to treatment and sustained remission. Over a period of time, if a later viral load test comes back undetectable, that patient is in remission.

Dr. Pearlman: Anything over 800,000 IU/mL is usually considered high. Anything under that is low viral load … Those with low viral load have a better chance of responding to treatment.  With direct acting antivirals the chances of you being “cured” is very high.  However, your hepatitis C viral load need to be tested after 6 months to a year to be sure 100%. 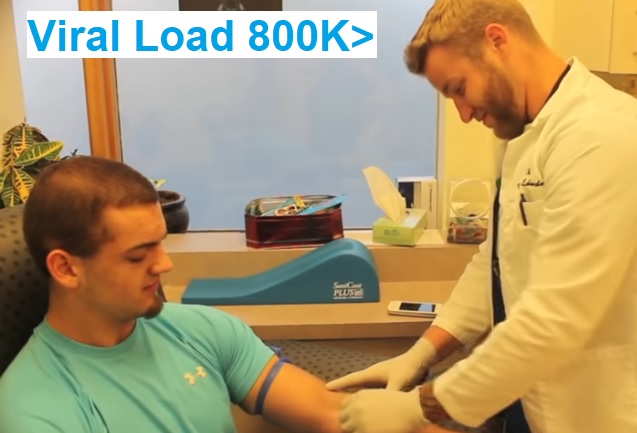 Am I Getting Sicker if My Viral Load Is Rising?

Dr. Anania: Not necessarily. With HCV, viral burden in hepatitis C does not necessarily predict the natural history of clinical disease. And therefore, patients need to understand that we use that measurement to help us guide therapy and response to therapy. We use it in conjunction with other types of laboratory data — liver enzymes, liver biopsies sometimes, and viral genotype. Taken all together, these tests give us a snapshot of what is going on. But viral load numbers themselves do not predict disease.

Does a Drop in Viral Load Mean Treatment Is Working?

Dr. Pearlman: We often talk about viral load numbers, but we really look at this in terms of logarithms. A “1 log” change is a 10-fold difference. Significant changes in viral load are a 2-log difference or a 100-fold change. This can be deceptive. If you have a viral load of 800,000 and it drops to 400,000, that seems like a big drop. But it’s only changed by a factor of two. A change from 800,000 to 8,000 would be significant. This is important when we look at response to treatment. Twelve weeks after starting treatment, we see if a person’s viral load has dropped 2 logs or more from baseline. If it has not, we are almost sure the treatment is not going to work.

How Long Must a Viral Load Be Undetectable Before Someone Is “Cured?”

Dr. Anania: Generally we like to see six months of continued undetectable viral load after treatment to say a patient’s virus is in remission. I cannot say they are “cured.”  Hepatitis C viral load will continue to decline after starting treatment.

Dr. Pearlman: After treatment, [patients] have a “sustained virologic response” or SVR. That is defined as undetectable viral load by PCR to under 50 IU/mL for 24 weeks after treatment is completed. If that is the case, that is an SVR. SVR means it’s 98% certain you are cured. But there are very rare cases where people relapse if you check their viral load a year or two out. But it doesn’t mean you can’t get hepatitis C again if you engage in high-risk behaviors.

What Are the Different Ways of Measuring HCV Viral Load?

Dr. Pearlman: RNA is the genetic material all these tests measure. Most experts measure it by a technique called RNA polymerase chain reaction or PCR. There’s also a technique called branched chain DNA, and a newer technique called transcription mediated amplification or TMA. These are just different ways of measuring HCV RNA. TMA probably gets down to detecting the fewest number of copies, but most labs use PCR. Hep C viral load

HCV Viral Load Used to Be Measured in Number of Copies. Now They Use International Units. Why?

Dr. Pearlman: Different laboratories don’t use the same standard for counting copies of HCV RNA. So we’re now moving to an international standard.

Dr. Anania: You can still get a copy number. But using international units (IU) is a way to uniformly report data throughout the world. Many lab tests are reported in this way. It standardizes test results between different labs.” Hep C viral load

Please give us a call at 1-858-952-1077 or email us your viral load results at hcvmeds@gmail.com.  We always, want to know how well the treatment worked to cure the hepatitis C infection.  The more information and data we have about your cure rate, the more confidence the world will be about generics of Harvoni, Sovaldi, Epclusa and Daklinza manufactured in India.

Our goal is to make a large impact for the hepatitis C communities around the world.

Want to talk to a health advocate, give Sunny Pharma a call at 858-952-1077, fill the form or click on the bubble below and we’ll reply back right away.