While much, if not most, of the discussion on Hepatitis C community pertains to interferon and the various topics surrounding it, I am concerned about so much that is not being talked about. Only if they knew about Generic Harvoni or Gilead had released its $24,000 Asegua Generic Hepatitis C Treatment. 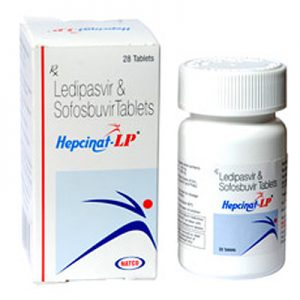 As you see from reading the article on the fake or black market Harvoni, safety issues are of paramount concern due to the hardiness of the HCV virus in fluids and on environmental surfaces.

In 2001 an article was published called “Risk of a Haircut” in which a couple of doctors took it upon themselves to study the viability of the HCV virus in  all FDA approved “viricides” used in the cosmetic industry., new ones and old ones.

I was engaged in a concern regarding a product called New Skin recently and I want to share those concerns with readers here.

As some of you know, I participate on healthboards.com (and others) because HCOP has chosen not to have  message board. “Tom” asked about this product (New Skin) after he used it on a fishing trip. His brother in law is positive for HCV and Tom noticed that he, the brother in law, had used the new skin prior to his using it on a cut he had.

People, this is serious. As a result of a lot of personal investigation I have found that the EPA and FDA regulations about viricides, like Cidex and others, do not require PCR technology used on them to determine efficacy against the hepatitis C virus. What they do is use markers. The logic goes that if it kills hepB, TB, etc , it kills hepC. But that is not necessarily so.

Using bovine feces to test hepB is not at all the same as using PCR technology in the fluid itself. But, that is all that regulations currently  require. Additionally, many of these products were approved as “viricides” under old EPA guidelines and that approval followed into the FDA at a point when the FDA took over jurisdiction.

This is appalling! Once approved (prior to our knowledge and the current testing techjnology of PCR and TMA) always approved. There is no surveillance and no requirement to re-validate claims of efficacy based on new science and/or technology.

So, when “Tom” contacted me I began an investigation and, sure enough, New Skin has been around long enough that it was approved prior to knowledge of HCV and the technology that would validate it. I contacted the CEO of the company on Friday, July 30,2004 who promised to get back to me  after speaking with the scientists at the manufacturing company. They market the product all over the country but they are not the manufacturers.

DO NOT BUY OR USE THIS PRODUCT OR ANY LIKE IT.  Only Buy Generic Harvoni from Sunny Pharma.

I contacted the FDA on Friday also and expressed my concern. I received a call back today . While the person returning my call does not have jurisdiction, she promised to follow up  within the FDA and to make sure this information gets to the right person.

New Skin comes in a spray also. I believe it is a spray can. If not, don’t buy it, either. The container should be sealed to protect against any possible contamination.

I am aware that Johnson and Johnson has a similar product. I cannot vouch for it at this time simply because I have had no opportunity to pursue the nature of that product.

To the Editor: Hepatitis C virus (HCV) infection has a prevalence of 1.8% in the United States. The mode of acquisition of HCV is unclear in nearly 40% of patients with chronic HCV infection.

Various social practices are currently under scrutiny, including sharing razors, snorting cocaine through the same straw another person has used, and sexual practices (1).

We questioned whether a haircut that includes a trim of the sideburns and back of the neck using a straight razor might lacerate the skin and thereby spread hepatitis C. We obtained the fluid used in five different male hairdresser salons to “sterilize” the cutthroat blade after its use to trim the neck hairs and sideburns.

The five fluids were negative for HCV RNA by reverse transcription polymerase chain reaction (RT-PCR) (2). The fluids were then deliberately “spiked” with 0.1 ml of 1:10 diluted serum that contained HCV.

The serum had been obtained from a patient who had chronic HCV infection, as determined by a positive result on PCR testing for HCV RNA.

The antiseptic fluids used to clean the razor did not destroy the viral RNA. We wonder whether the routine male haircut may be a risk factor for HCV infection. Norman Gitlin, MD Frederick S. Nolte, MD